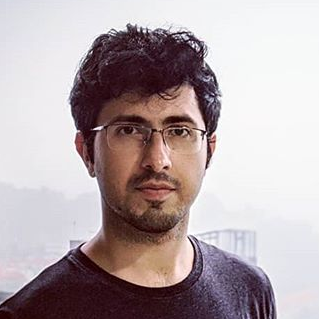 I'm Hassan Ahmed. I happen to be the co-founder and Chief Technology Officer of a company called respond.io (formerly known as Rocketbots). It's incorporated in Hong Kong, however, the headquarter is in Kuala Lumpur where I'm currently based.

I'm 28 years of age, and I hail from a fairly conservative part of the world, that is the city of Peshawar.

I've remained a programmer for most of my life. I’ve been coding since I was twelve years old, beginning with the vintage C alongside the primordial Visual Basic 5.0 (and later on 6.0). At that time, I developed a myriad of trifling applications, fortunately, the relics of a few of which can still be found somewhere on CNET Download.com. Soon thereafter, I took to web development and began my journey of learning HTML and a muddle of related thingamajigs, including the quirky JavaScript as well as PHP (Particularly Hard to Program with). I made my first Hello Kitty-themed personal homepage on Yahoo! GeoCities in 2006.

I started doing freelancing work online around 2008, building websites, and sometimes, desktop apps too. Back then, in a world destitute of Fiverr or PeoplePerHour, forums.digitalpoint.com served as a haven for freelancers (or me at least), and for a long time I picked up projects from there.

I studied Computer Engineering at NUST (which is one of the highest-ranking universities in Pakistan) for a short period of two years. I broke into the university’s central ERP database, along with the faculty computers. It wasn't until my third year that the management caught onto me. Luckily, I was only withdrawn, but only after a long-drawn-out dramatic episode. It didn't really end that bad for me (overall), but still, the incident proved to be a critical turning point in my life!

It had started during my first month at the university when I wrote a basic program for fun. The objective was to block Torrents on the local systems of the students in my dorm. It was seemingly a rather harmless prank, but as it so happened, it was also my first attempt at creating something of a virus, so to speak. The program worked, and it spread beautifully! Being exhilarated from the exciting results of my experiment, my sense of direction in coding - from then on - was guided solely by my curiosity; a curiosity to find the limits of what possibilities could be opened simply by writing some piece of code. I learned things like how to code viruses and keyloggers, password cracking, session hijacking, SQL injections, SMS spoofing, and other such topics. My final "achievement" was the invention of a custom undetectable HTTP-based (trojan) virus that was also a proud brainchild of mine. It even had a nice, web-based interface, and it was notoriously named as KMA (short for Kiss My Ass). Fun times!

I worked at the Center for Advanced Research in Engineering (CARE) in the field of Information Security before I started over again with my bachelor's degree (this time in Computer Science). CARE is known for providing research-based technological solutions to clients like Pakistan’s Military, and Intelligence.

I was briefly involved in research-based activities as well, namely in the field of Inter-Vehicular Communication Systems, using an open-source simulation framework called Veins, which I've long forgotten about now. If I wasn't an entrepreneur, I'd probably have pursued research instead!

Personality-wise, I’m an indecisive introvert who’s obsessed with perfectionism (I've made some progress here recently, on both fronts). I am deeply interested in the study of anthropology, social psychology and history of civilizations, and to a lesser extent, philosophy. I love watching movies, and I’m enamored of Asian cinema, especially Korean. I have so far watched a dozen of Korean dramas, a fact which consequently enticed me to learn the Korean language. My name is written in Hangul as 핫산 아흐마드.

You can hit me up using the contact form below, and I'll get back to you as soon as possible!